This past weekend I attended WinterCon in Canberra. It was a major ITC tournament, and my first real experience with tournament 40K.  Here's my take... 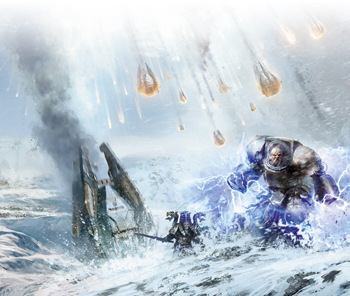 Last weekend I attended WinterCon; the tournament I have been preparing for, for the past month or so. I have to say that it was an absolute blast! I got to play five games over two days, on some great tables with really nice terrain, against some beautifully painted armies with a bunch of great people.

This was my first major tournament experience. You may remember that I ran a tournament last year with the Brunswookiees, but that was nothing compared to this. WinterCon had 61 players! This was a sight in itself; seeing that many armies and that many people playing 40K in the same place was pretty overwhelming.

It followed the ITC format with a couple of tweaks for the Australian style of play (I'm not familiar enough with either ITC or the Aussie circuit to know what this means). The missions followed the Eternal War missions from the BRB with a couple of changes to the minor objectives. Added to this was a modified Maelstrom element; there was a D6 table: players roll 3D6 at the beginning of their turn and choose two objectives from the table, re-rolling doubles. These would be the Maelstrom objectives for that turn. I liked this format. It balances the game somewhat, allowing players to have a chance at scoring points, despite their army not being suited the particular missions. For example, I took a Space Wolf army (below), mostly with drop pods. This didn't give me much in the way of manoeuverability once the pods had dropped, so I wasn't able to make a dash for the Maelstrom objectives, but I was still able to play towards the Eternal War objectives, so I had a chance. 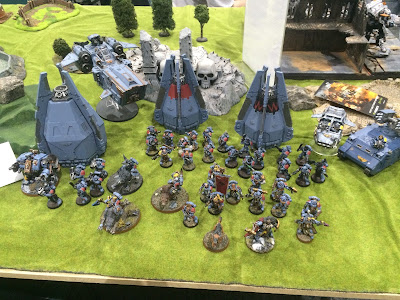 Going into the tourney, I will admit, I was pretty worried. The most exposure I've ever had to the tournament scene is from the internet. This means, naturally, that I had a bad impression. I was anticipating the great, unwashed masses of WAAC, netlist-wielding dick-holes. To my pleasant surprise, I was met by a big bunch of people who enjoy the hobby and fluff, as well as playing 40K! There was a surprising lack of implausible allies lists, and generally people were fielding single 'Dex armies. 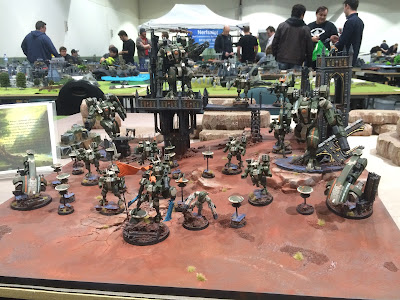 Shit! I lost four of my five games, and got tabled twice! Both of my tablings came from Tau, Riptide (one dude running Y'vahra) lists. In short, that much interceptor is never going to be fun for a "balanced" (read: not optimised) drop pod themed list. I don't hold it against the players, or even the codex. It's just a simple fact that they were the scissors to my paper. The only bad part of the weekend was that I didn't even do badly enough to win the wooden spoon, so I walked away without any prizes. On the flip side, however, three of the five games were really, really, idiotically fun. I was stomped by some Daemonkin, but felt OK because my Stormwolf Helfrosted a Bloodthirster that was on full wounds! In another game I played against a really cool Ravenguard army with heaps of deep-striking Vanguard Veterans. We ended up copping 'slow play' points because we were having too much fun, and not playing the game enough. 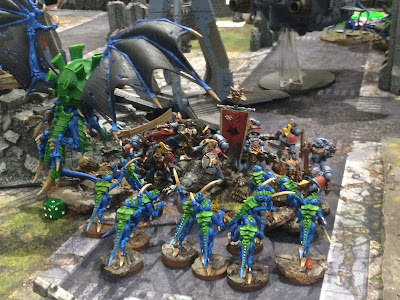 This is an accurate depiction of how awesome the weekend was.

I also played against a Tyranid army that looked amazing, and was a solid match for my own list. This resulted in another game that was close, and really fun. This game really taught me the best lesson from the weekend: Have realistic expectations. I knew, going in, that my list wasn't optimised, and wasn't going to be contending for the top tables. But when I came up against armies that were similarly designed, it resulted in close, fun games that were tactically challenging. Ultimately, I got everything I wanted out of the weekend. I played five games, won one of them, hung out with some nice people, talked about 40K and I got to see some interesting and beautiful armies. If you've ever thought about attending a tournament, I would highly recommend it! 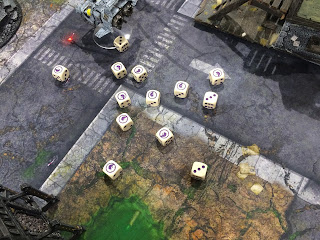 Is it Hormagaunts that suck, or just the dice? 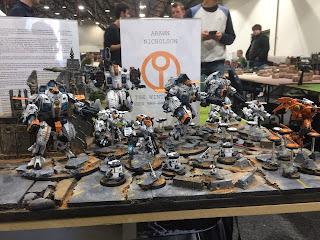 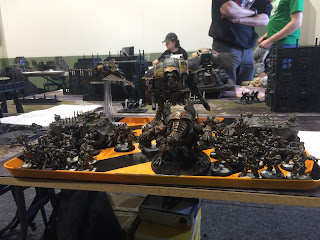 Iron Within! Iron Without! 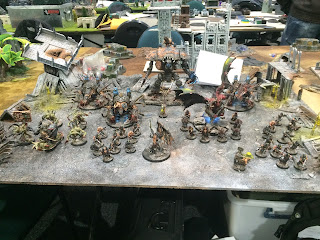 This was my favourite army from the tournament, a Nurgle CSM army. 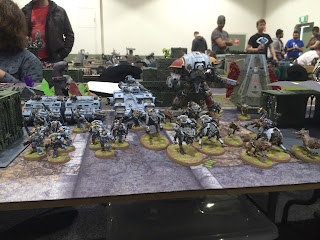 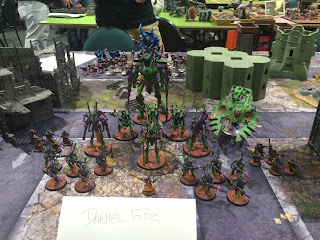 This just reminded me of Ninja Turtles 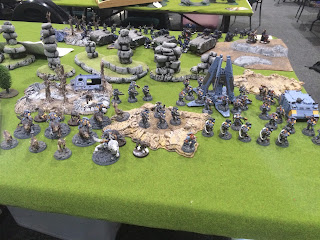