Abaddon the Despoiler is up to something and Lord Manton thinks the Space Wolves might have something to do with it... 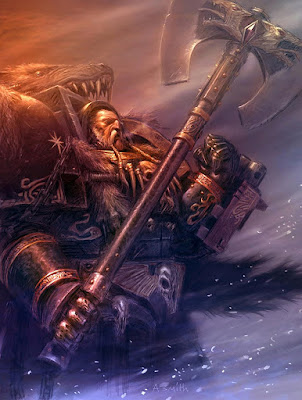 I was perusing the Space Wolves Codex the other day and I came across something interesting. In the timeline section of the Codex, at the very end of the list in 999.999 M41, it mentions Abaddon's 13th Black Crusade. Specifically, it mentions that Logan Grimnar takes the Space Wolves in force to the Cadian Gate to coordinate and command the Imperial forces in their battle against the ruinous powers.

What I find interesting about this is that currently, Logan and the Space Wolves are somewhat tied up at Fenris. If you haven't read the Curse of the Wulfen books, basically, the Changeling and a number of Chaos lords and daemons have organised an assault on the Fenris system. The Ruinous Powers lured the Wolves all over the galaxy with the return of the Wulfen, presumably the lost 13th Company. Naturally, given all the prophecies about the Wulfen heralding the return of Leman Russ, the Space Wolves go to all these locations to retrieve their erst-while brethren in the hopes of finding their primarch returned, and also to hide their embarrassing little mutations from the rest of the Imperium. 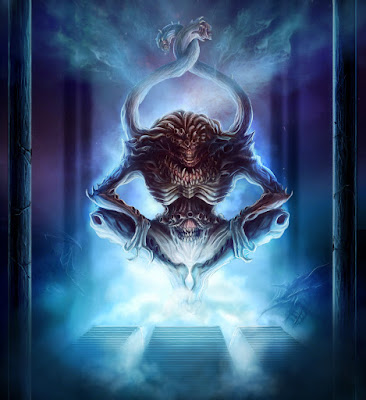 Of course, the Changer of Ways anticipated that and fixed it so that none other than the Dark Angels (not the biggest fans of Space Wolves, needless to say) would get wind of the return of the Wulfen. Knowing that the Space Wolves are specifically bred to exterminate chapters (legions) of space marines, and that they are a larger than Codex Astartes standard chapter, the Dark Angels bring companies of Ultramarines, Iron Hands and whole host of Dark Angels successor chapters and the whole bloody Rock! 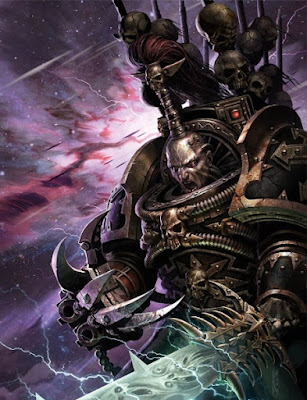 At one point in the story, we get a glimpse into the mind of an Alpha Legion lord who was sent by Abaddon to attack Fenris. He seems somewhat conflicted and appears unsure as to whether he is doing his own bidding, that of Abaddon or that of the Changer of Ways. Now, without ruling out that it is Tzeentch or Magnus that has sent him on this mission, I think Abaddon is making a pretty clever move here. The Space Wolves are often instrumental in halting Chaos, and as we know from the Horus Heresy series, they are the Emperor's executioners. They were specifically bred to be stronger, faster and more ferocious than their brother legions so that if any of them were to step out of line, there would be a force capable of putting them in their place. Pitting a crusade force of three First Founding Chapters, a collection of successors and a whole host of Imperial Guard against the Space Wolves would result either in the most effective space-marine-fighting chapter being obliterated, or a whole bunch of other chapters being slaughtered and said executioners being discredited sowing discord among the Imperial forces. After all, the one strength the Imperium of Mankind has is its solidarity of purpose. If they can be divided, they can be conquered.


The way I see it, this can end one of two ways. First, the Space Wolves manage to fight off the daemonic incursion (as well as Magnus and the Thousand Sons that are rumoured to be on their way) and Logan can join the fight against Abaddon's crusade; or secondly, the narrative will be ret-conned and the Space Wolves (and probably the Dark Angels) will be locked out of this fight, just like when Horus distracted them with the Thousand Sons...